SMO Energy is a family owned and locally operated business, serving the Southern Maryland, Prince George’s and Anne Arundel areas since 1926. We are one of the region’s leading providers of heating oil, propane, and heating and cooling services. Our reputation for great service is unmatched with a 94% customer satisfaction rating. We are a full-service home comfort provider, delivering more for you with a sure supply of fuels, a large fleet of delivery and service trucks, and knowledgeable professionals you can count on 24/7.

As a family owned and operated company serving Maryland since 1926, you can trust that SMO Energy will be here for you today, tomorrow, and many years into the future.

Training that sets us apart:

At SMO Energy our Service Department receives over 3,000 hours of technical training each year at our in-house training institute and directly from manufacturers. Additionally, our installers and technicians are NATE certified, a third-party designation obtained after rigors tests are passed.

Quality you can count on:

Once you make the decision to purchase from SMO, we begin a multi-step quality control process to ensure your job is exactly right and meets all local codes and applicable regulations.

At SMO Energy we go the extra mile to ensure a seamless customer experience. While we are technically one of the strongest HVAC companies around, what truly sets us apart is our commitment to you. Our entire team, from our knowledgeable energy consultants, to our friendly Client Care Team, to our Installation Crews, will be sure to leave you with a smile on your face.  We stand behind  our work with a 100% satisfaction guarantee.

Affordable Options for Every Budget

We make equipment replacement easy and affordable for everyone. Whether you are looking  for 0% financing, 10 year financing, or something in-between we’ve got you covered. We are also now offering no payments and no interest for 12 months.* Not the best credit? We have options for you, too.

Our commitment to industry leadership began in 1926 when two ambitious men, Jim Wills and Harold Swann, acquired the La Plata Oil Company and Mechanicsville Oil Company, and merged the companies to form Southern Maryland Oil Company (SMO). The newly formed company distributed products and pledged (courteous and efficient service.” In the early days, Southern Maryland Oil handled only three Texaco products: kerosene, gasoline, and motor oil. But by 1937, with the invention of the gun type burner, fuel oil became a hot commodity and created an ever-increasing market for home heating. SMO began deliveries on an automatic basis – the first such service available to clients in Southern Maryland. 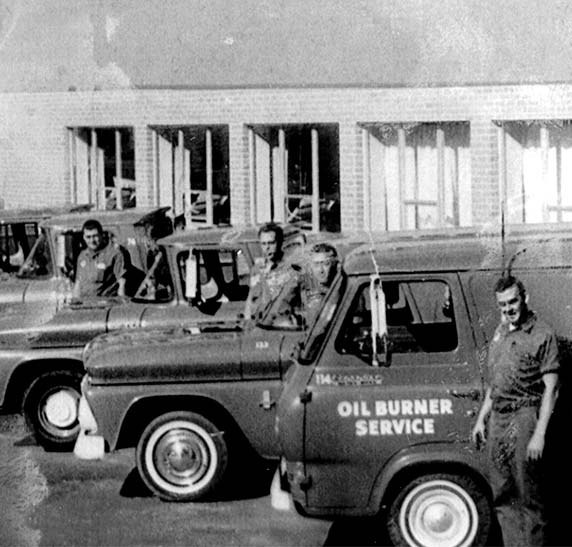 The founders had no idea that SMO would grow into the largest business of its kind in the region. The only dream for SMO was to be recognized for great customer service. And now over 90 years later, the company’s founding principle of customer centricity is a continued hallmark that can be observed in years and decades of continued service and repeat clients.

We are proud to be a Southern Maryland business for over 90 years. We provide high-quality products with “courteous and efficient service” and we look forward to serving our clients for many years to come.